Are you planning an amazing wedding or other fabulous event?

Have you found the perfect venue, caterer, cake decorator, photographer, florist, and stationer? Yes! No?  Still working on it?

Have you have seen beautifully-designed invitations and stunning envelopes on Pinterest or wedding blogs, or if you are REALLY LUCKY, in your own mailbox?

You definitely want your guests calling or emailing YOU to exclaim over how amazing your invitations look and how they can’t wait to attend the big event! 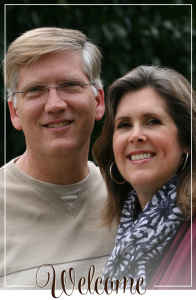 Our goal is to deliver high-quality, exquisite hand calligraphy and computer printing services to you and be the EASIEST part of your event planning process!

Our names are Maureen and Don Vickery, and we’ve been offering our lettering and printing services to brides, stationers, wedding professionals, and corporate clients for over 15 years.

We specialize in addressing invitations, place cards, and escort cards, either by hand (Maureen) or digitally (Don).

Maureen can partner with you to create a custom invitation design or name design in hand calligraphy, which will add a personal, hand-rendered touch to your stationery which will delight your guests.

I will help you select a hand lettering style that coordinates with your wedding invitations for addressing your envelopes, place cards, escort cards, menus, and programs.

I offer traditional calligraphy as well as modern calligraphy styles. Additionally, I can write in a custom style that emulates the font you chose for your invitations. Whichever works for you!

You can be confident that your guests will be wowed when they receive your invitations addressed in hand calligraphy.

Who doesn’t love receiving envelopes with their names written in fancy lettering? It’s an event in itself, like receiving a gift wrapped in a pretty bow!

If you are in a time crunch, and/or money is a thing, then computer calligraphy is here to help!

Psst! Maureen can address some of your invitations by hand (family, bridal party, and the guests who appreciate hand lettering) and I can print the rest in computer calligraphy. Who says that all the envelopes have to be addressed alike?

If you don’t want the hassle of shopping for place cards and having to provide the 10% extra, you can purchase tent cards from our online store. We offer 3 colors of large tent cards from Crane cardstock and 2 styles (square or rounded corners). You can upload your guest list, then I will print the cards and ship them to you. Simple and easy, with free priority mail shipping within the contiguous United States.

Treat your Guests to Something Special!

Our clients often tell us that their guests have called or written to exclaim what a joy it was to receive their invitations, designed and addressed so beautifully! We never tire of hearing these stories!

If you have questions about hand calligraphy or computer printing, please visit our FAQs page and tour our web site and blog. Then schedule a meeting with us at our home studio in west Houston, near I-10 and Kirkwood. We’d love to work with you! 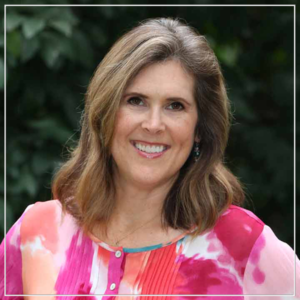 She first became interested in calligraphy when her mom bought her Calligraphic Lettering by Ralph Douglass when Maureen was 11 years old. Maureen loved drawing the letterforms over and over in pencil and markers since she didn’t have any calligraphy pens and inks to work with.

Maureen received a BBA in accounting from Stephen F. Austin State University. A few years later she met Don at Mama’s Café in Houston one Sunday when he came to her table as she was about to leave with her best friend, and knelt down to ask Maureen for her phone number. (Yes, he picked her up at a hamburger joint.) They became engaged 10 weeks later (but didn’t tell their parents until 6 months had passed).

Maureen’s part-time calligraphy business took on a life of its own, and she happily exited corporate America to work at home full-time as a calligrapher and engraver while taking care of her two sons, Nathan and Evan (both now Eagle scouts – have to brag).

Before the holidays and other gift-giving times like Valentine’s Day, Mother’s Day, and Father’s Day, Maureen engraves fragrances, wine, and liquor bottles at various stores throughout the Houston Area.

Maureen regularly attends calligraphy workshops and conferences, studying with nationally-and internationally-renowned calligraphy instructors to expand her lettering repetoire, as well as network with other professional calligraphers from around the country. You can find her on Instagram at @pendancestudio, @scriptstylist, and @calligraphycrushmagazine.

Letter Arts Review featured Maureen’s pointed pen motifs in their Summer 2005 wedding issue. Samples of her calligraphy and engraving were featured in the 2004 issue of Weddings in Houston magazine.

Maureen was also published in Dasherie and UPPERCASE magazines in 2014. Maureen also wrote Etching a Path with Pillar Candles and Painted Glass that was published in the September/October 2002 issue of Expression magazine.

ACE is a mastermind group of freehand engravers who provide crowd-pleasing engraving events to department stores, specialty gift shops, wineries, country clubs, and corporate clients. In a matter of minutes we can engrave custom names, messages, and monograms on glass and metal gift items, on either flat and curves surfaces. Other ACE Engravers are located in Michigan, California, Georgia, Massachusetts, and Maryland. 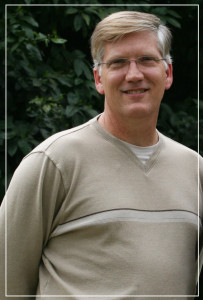 Don received a BBA from the University of Texas in Engineering Management. After graduating, he moved to Houston and worked for several pressure vessel companies, then became the computer technician for a small Japanese engineering company.

Don has always been active in church and sang in the children’s and adult choirs. He and Maureen were invited to join the start-up team for Grace Fellowship UMC in Katy, Texas in 1996. They still attend there, along with their sons Nathan and Evan.

Don has been active in scouting since Nathan joined the Tiger Cubs in the second grade. Don serves as an assistant scout master with Troop 599, and is a certified rappelling instructor with the Boy Scouts of America. Both he and Maureen plan to launch two Eagle Scouts (Nathan and Evan) very soon.

After Hurricane Rita, Don joined the Texas Annual Conference Committee on Relief as a Disaster Emergency Responder. Like Maureen, Don always had an entrepreneurial spirit and dreamed of starting a home business. He joined Maureen at PenDance in 2001 as the computer guru, bookkeeper, hand calligraphy proofreader, and lifter of heavy things.

If you have questions about hand calligraphy or computer printing, please visit our FAQs page and tour our web site and blog.

Then fill out our Contact form to receive a quote on your next calligraphy or printing project!

Out home studio is located in west Houston near I-10 and Kirkwood. Meetings are by appointment.

Dear Maureen, Thank you do much for creating our beautiful wedding invitations. We received so many compliments on them and I can’t thank you enough! We will treasure our invitation for a lifetime!

This error message is only visible to WordPress admins